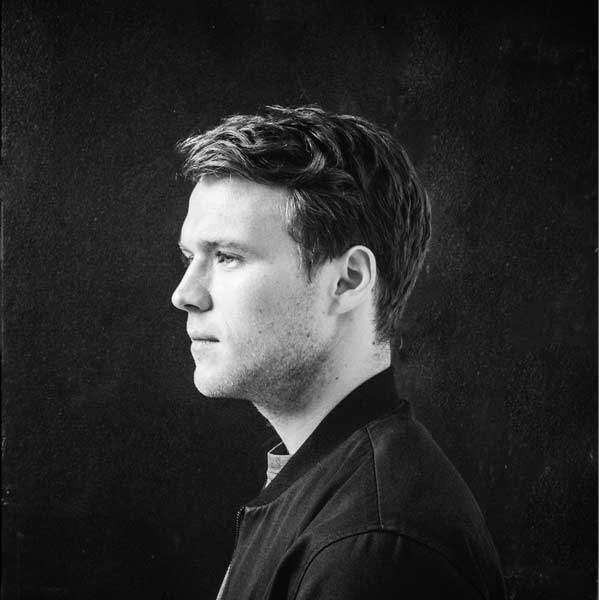 A person who is always traveling or visiting a place for pleasure. That’s how William Phillips’ name defines his adventures as a musician. “It allows me to write whatever I want. My writing takes me to lots of places: electronica, garage, piano. I want to write anything, and the name Tourist lets me do that.”

Growing up with three sisters meant the young producer had to find his own entertainment as a child. He found his kicks in music, and more specifically the piano. “Those were my earliest musical memories” begins William, who is still in his early twenties, “I played the piano for a long time. I tried to have lessons, but I couldn’t stand the thought of some old fart talking me through D major scale”.

The internet arrived, home computers became MS-DOS beacons of endless opportunity and William started experimenting with music software. The combination of a fascination for piano and an affinity for technology soon saw him discover dance music, and with it came Pete Tong’s Radio 1 show, Ministry of Sound’s ‘The Annual’ compilations, and the acquisition of a midi keyboard. “I was an 11 year old listening to dance music. I couldn’t go and experience it, but I loved it through a child’s eyes. As a result, I still have a naive view of the communal culture of dance music. Even now, I see it as something I listen to in my bedroom.”

This inverted relationship with dance was evident on the early Tourist EPs. They championed an introspective and solitary brand of electronic music, full of melodic emotion and affected vocals. Placid Acid EP oozed glittering electronica; Tonight EP combined woozy R&B with shadowy 2-step, but both had one thing in common: they had next to no intentions for the dance floor. There was no pounding kick drum, no build and drop, build and drop. “That’s the thing” explains William, “I write dance music for people who don’t dance. I love kick drums, I love snares, I love synthesisers, but I’m not very good at writing big bangers.” This very personal sound didn’t stop Tourist from permeating a wider audience, and tracks like ‘Placid Acid’ racked up almost half million listens across Soundcloud and Youtube.

Fast forward to his most recent release – Patterns EP – and there are some exciting changes in the Tourist sound. The dance floor is now in the cross hairs, and a few of the tracks are destined to detonate square upon it. “In the last year I’ve played a lot of live shows. I’ve been to a lot of clubs. I’ve played boiler room. This isn’t straight up underground house music, but it’s certainly made me more direct. It’s one of the most honest EPs I’ve written and I’m proud of it.” ‘Together’ – an emotive deep house track with pitch-shifted vocals and whispers of electro – pays testament to this approach. But that isn’t the only change. Within Tourist there has always lurked the potential for a massive pop track, and in choosing to work with vocalists on this EP, he’s birthed two potential hits. Lead track ‘Patterns’ opens with hints of italo and disco, as Lianne La Havas croons gently, before the current changes; with it comes clapping percussion and gospel backing vocals that eventually snowball into a huge, uplifting crescendo. Similarly, ‘I Can’t Keep Up’ is a stripped back club-pop track, with soaring vocals from Will Heard. “I view the process of choosing vocalists the same as I would a synth. I choose their voices not their names. It’s cheap to attach yourself to someone successful. That said, Lianne is very successful!”

Deep house and club-pop aside, behind this polished and digitally produced sound, still lurks a true musical soul, that boy who played the piano. Throughout past EPs, William has had a keen interest in organic field recordings, and everyday sounds from his house are manipulated into rhythmic elements to provide the drums for ‘I Can’t Keep Up’. And his musical contributions often stretch further than Tourist with long time writing partner Jimmy Napes. Napes wrote UK top 20 hit ‘Latch’ for Disclosure and Sam Smith, and Tourist worked with him in writing another track for Smith’s forthcoming album.

The artwork for Patterns EP may be the least important thing to most avid listeners, but for Williams visuals play an important role. The image of bedsheets plays on a concept, “there are a lot of stories in bedsheets. You see patterns in bedsheets and it reveals a lot about the person.” This fascination with visual stimulation doesn’t stop there, and he intends for the live experience to be a feast for the eyes. “When you can spend a few quid on a show, you can start to make some really enamoring art. My live show is not about me. Visuals are as important as the sonics. We see as well as hear. The things we look at as we hear it, changes how we hear it. It’s so important to respect visuals and artwork and videos. I want to create a world for people.”