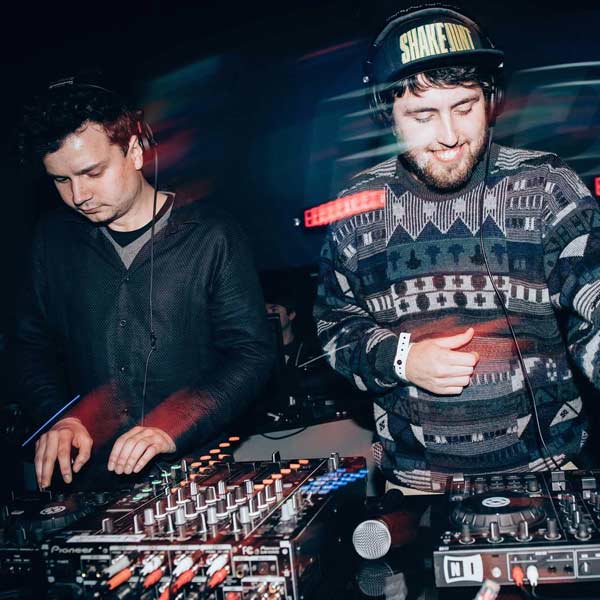 Tom Kha Soup is a collaborative effort between Seattle-based DJs SHTICKYKEYS and THALO. Initially inspired by their respective upbringings in dubstep, Baltimore club, drum & bass, hip hop, beat music, and East Coast goonery, the two have translated their love for forward-thinking electronic music into live sets and events that dissolve genre boundaries and create an energy all their own. In addition to their collaborative DJ project, Shtickykeys and Thalo run Tom Kha Productions, whose bi-weekly Spectrum parties have become Seattle’s home for underground bass music. Since forming their live project 2 years ago, they have provided support for such heavyweights as Machinedrum, G Jones, Youngsta, Minnesota, Sophie, Moody Good, EPROM, NastyNasty, Om Unit, The Librarian, Sweater Beats, Sam Gellaitry, Bleep Bloop, Nosaj Thing, Hermitude, Branchez, and many others. Their unique style, which has been described as equal parts “Somewhat inappropriate.” and “Really…? Them…?” has somehow landed them bookings at legendary West Coast festivals such as Bumbershoot and What The Festival, as well as residencies at FWD Wednesdays, one of the premiere electronic music weeklies in the country, at Seattle’s ever illustrious Q Nightclub. While they have mostly relied on unamusing attempts to create viral internet content to develop a following, their dynamic live performances and forward-thinking parties have solidified their reputation up and down the West Coast as innovative tastemakers.