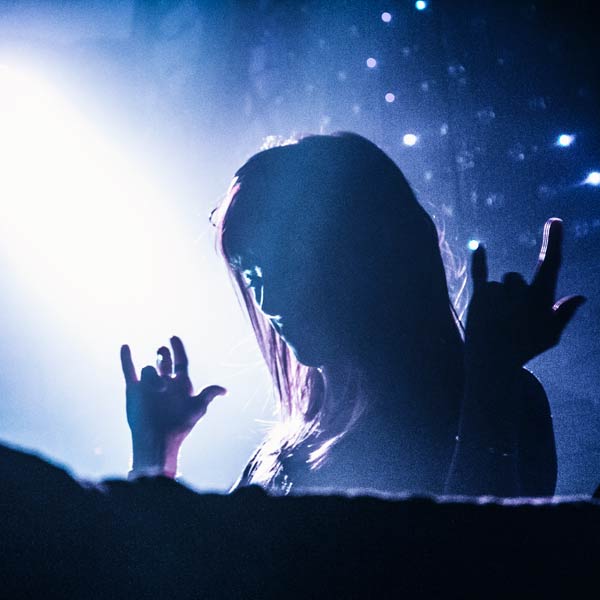 If Idle hands are the devil’s tools, then one fateful decision to spend a year off learning to DJ, most definitely saved Cynthia Valenti’s life… Valenti is Portland’s The Perfect Cyn, and her hands have been busy as one of Portland’s most sought after DJs after making that decision. Cyn has been instigating trouble on Portland dance floors and beyond since 2002. Her reputation as a self-taught DJ has been built upon bringing uncompromisingly forward thinking music to the people, time and time again.
History: Cynthia has been a music freak since childhood. Raised in the Chicagoland area of Indiana, she’d experienced the disco/house transition of the early 80’s and the house/rave transition in the early 90’s. It was clear, something big was happening and she liked it! She attributes the encouragement to move from spectator to participant solely to Portland’s positive attitude toward women in music of all forms. The years between her youth and learning to DJ bear witness to a love story between a girl and music of all kinds: from the Beatles to AC/DC, Kraftwerk, Bikini Kill & underworld, there is a memory attached to every song in between. In high school Cynthia learned classical music through playing the
flute and piccolo but moved on when she was old enough to go see live bands. Finally, in 2002 she found
herself unexpectedly unemployed. Armed with proper instruments, the ear of an audiophile and a lifetime
of attention to music, she taught herself to DJ. Now she could give back to this thing that had brought her
to every positive person and place in her life: MUSIC.
A driving force in the PDX techno and minimal scene that emerged in the early and mid 00’s, Cyn helped found Sexy Robot Music, a local collective who held numerous events at the city’s most cutting edge venues. Working together with Andrew Kelsey from Blue Collar Entertainment, Sexy Robot Music took a gamble on bringing the rascally Barclay Crenshaw aka Claude VonStroke to Portland for the first time in 2007. Continuing to encourage other women interested in learning to DJ, Cynthia was a founding member of the Portland Chapter of the Sister DJ Collective during that time as well.
From 2009 to 2012 as a founder of the Alga-Rhythms collective, Cyn continued promoting and performing regularly throughout the city, including a residency DJing and curating the musical program at the longtime PDX electronic haunt SauceBox. Alga-Rhythms collective was also responsible for bringing a host of top-notch talent to PDX, including J.Phlip’s infamous Indigo Rooftop bon-voyage party before moving to Berlin.
Today, Cyn is part of Modern Ritual Events with partner Laura Lynn, perpetuating her penchant for heart shaking rhythms and booty rattling bass, while playing host to dance music most current darlings each month. Her original production schedule always in flux, soon she will begin her unique take on that signature slutty yet bouncy sound she’s become known to play. As for DJing, she continues to bring a unique, sensuous sound to every set, preferring to not refer to her sets by genre due to her ear for the unexpected. This year at What The Festival Cyn will bring her penchant for melodies and heart shaking sub-bass all to the stage for the first time. You will not be disappointed.