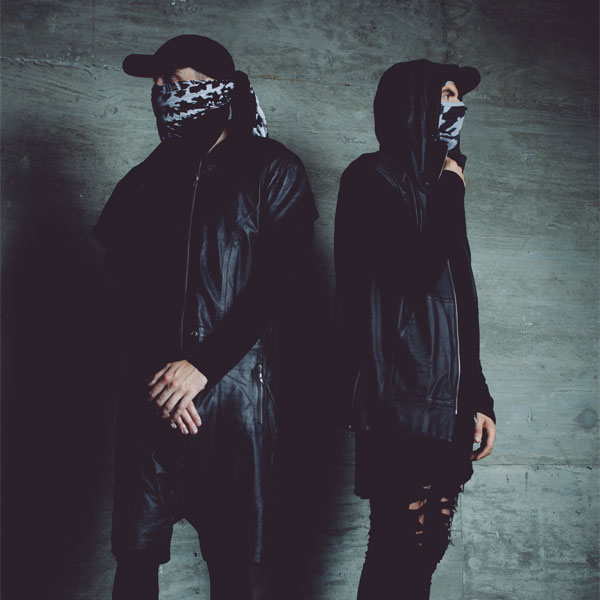 Alix Perez (Belgium/UK) and Eprom (USA) (Alix Depauw and Alexander Dennis respectively) are SHADES. Alix and Eprom are bass and dance music stalwarts, who have grown to become some of the more influential artists amongst their peers today.

Perez found his rise to fame in drum n bass, releasing on Shogun audio and Exit Recordings amongst many other labels, as well as collaborating with and producing for top artists in dance music and hip hop. Perez has solidified his position as a pioneer as he is a true lover of music. He is not bound by genre, and his take on drum n bass (including his half-time works), footwork and hip hop has seen him gain recognition as a truly versatile and music composer.

Eprom gained his well-deserved success through his innovative take on bass music. His understanding on sonics, swagger, groove and song formation makes him a unique musical tour de force. His second album (released on Rwina) is “a heady melting pot….a unique sound that has some of the foremost names in he world (Gaslamp Killer, Kutmah D-Styles) singing his praises and constantly supporting his music”. His ability to create glitchy hard futuristic music that keeps heads nodding smoothly is uncanny and unrivalled.

Eprom and Perez have been aware of each other’s music for a a good while now. They have been playing each others’ music for some time before they met. They met in person at Northern Bass festival in New Zealand where they both played in 2013/2014 and connected properly. They got in studio the following summer in LA with Foreign Beggars to produce the modus EP and then went onto collaborate together. They wrote a few tracks which became the Alpha Pup EP, which was the birth of SHADES.

Perez and Eprom are motivated by the need for progression musically and personally. They are pioneers who are driven by change who are not falling prey to the trappings of conventional composition.

2015 saw the gentlemen playing amongst the people who influenced them at Low End Theory in LA, which is testament to their pioneering attitudes towards growth, innovation and progression. They have earned their place in the highest echelons of future bass music. Whilst their influences are similar and different, they have found a very strong medium on which they have connected, and SHADES is the result of this synergy.

SHADES exemplifies slanted grooves, a deep pocket and hard yet graceful composition. The debut self titled EP (released on Alpha Pup) is a truly unique body of work. The 85 bpm onslaught is the perfect for multiple genres of DJ’s. It is the hard bass driven musical anomaly that is so different, yet fits in perfectly. XLR8R have rightly said “music that’s not only a legitimate full-frontal assault in the same vein as tunes from that golden era of gluttonous bass and synths, but that embraces that ethos while giving it a more polished feel”.

SHADES had massive success touring Europe, Australia and New Zealand in the latter part of 2015. Their second EP “Powers of Two” was release in February 2015, and has seen massive global support already.