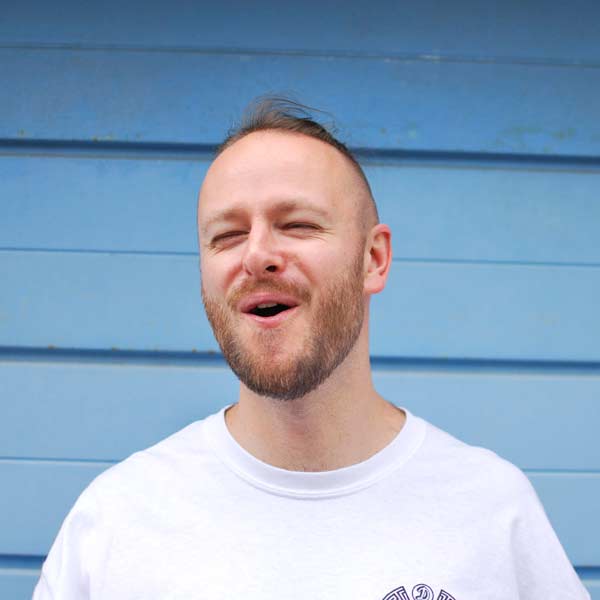 Something’s happening to the faster side of dance music. Maybe it’s the hyperactive influence of juke’s chopped-up 808s, the embrace of dubstep’s half-time flow at a higher tempo or perhaps it’s simply the ongoing evolution of the mutation started by dBridge and the Autonomic podcasts. Whatever the origin, that spectrum of music between 160 and 170bpm is sounding utterly vital once again.

Sam Binga has placed himself firmly at the centre of this new wave, with releases on some of dance music’s most respected underground labels – 50 Weapons, Exit and Critical. His sound spans the anthemic rowdiness of tracks like ‘AYO’ and ‘Lef Dem’, to the deeper explorations of his collaborations with Om Unit, and has attracted the attention of artists such as Zed Bias and CHVRCHES – who have both hit him up for remix work – and Kode9, who featured his tune ’11th’ with Addison Groove on his critically acclaimed Rinse CD.

In the relatively short period of time since emerging onto the scene, Sam Binga has played clubs and festivals across the world, including regular turns at the world-famous Fabric in London, Outlook in Croatia, and a recent headline tour of Australia and New Zealand. As a DJ, he has become known for his fearless style, blending juke and jungle with classic crunk and dancehall. His unreleased dubs, like the ‘Sambaata’ refix, or the ‘Crackney Parrot’ rebax, are still in huge demand from DJs such as Friction, Machinedrum and Alix Perez, while his recent EP with Fracture and Rider Shafique (of Young Echo fame) got love from forward-thinking cross-genre selectors such as Toddla T, The Heatwave, Murlo and Breakage. Having kicked off 2015 with two instantly sold out releases – the ‘Nuh Chat EP’ on Critical, and the self-released ‘TransAtlantic EP’ with Om Unit – something even bigger and weightier is currently under construction… And without giving too much away, rest assured that it sounds like nothing else out there.

If you’re fully in the know, or if you pay attention to wider movements in the music world, you’ll realise that there’s some serious weight behind the Sam Binga name, with countless gigs and worldwide tours covering pretty much the whole spectrum of underground dance music under his belt. But that’s not important right now: what’s important is that mix of dirty-south swagger, Chi-town footwork and UK pressure people like Sam Binga are bringing to the table. Fresh, weird and strictly fire on the dance floor.