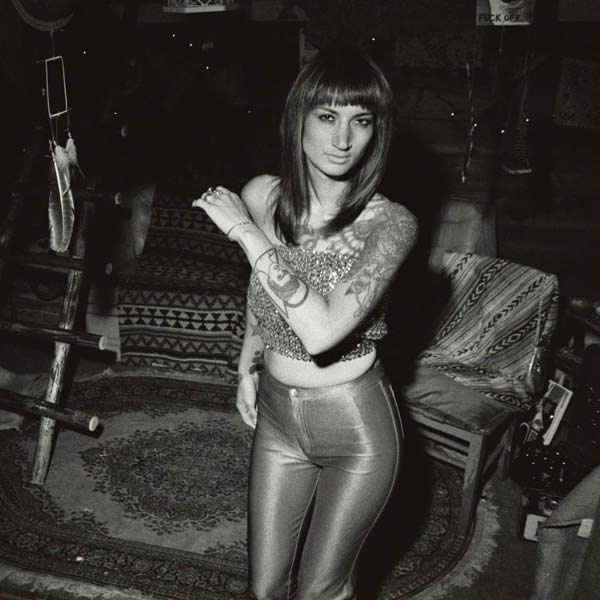 After a 2.5-year hiatus, Luz Elena Mendoza is reviving Y La Bamba. What started in Ashland, Oregon as a solo recording project became a full-fledged band in Portland, where the thriving community of artists and musicians inspired Luz to revel in collaboration. Blending her Mexican heritage with elements of American folk and rock, that six-member incarnation of the band produced two acclaimed studio albums and toured nationally with Neko Case, Dark Dark Dark, and The Lumineers.
Amidst the din, Luz needed a breath. “I wanted to spend time alone and get perspective,” Luz says of the break. “I grew up in that band. That was me entering this world being super innocent, but now I have greater self-awareness as a Mexican female.” This sense of identity developed alongside periodic collaborations with singers Edna Vazquez and Lila Downs. Luz also explored fresh realms of mariachi, cumbia, and Latin pop with Calexico’s Sergio Mendoza and Joey Burns on an album under the name Los Hijos De La Montaña. Luz Elena Mendoza has kept her creative expression in her home town and Portland and curated several projects like the Maria Maria Choir which is a group of women around the city that come together and sing her compositions.
The renewed Y La Bamba is an expression of catharsis. The fourth Y La Bamba album is called Ojos Del Sol (Spanish for “Eyes of the Sun”), and Luz is writing and recording material with collaborators both new and old. And she’s adding a visual dimension to the album by making hand-cut stencil art pieces paired with each new song. “Now the band is a celebration of family and community. Not just the music community, but everyone.”
Y La Bamba’s Ojos Del Sol is slated to be released in March 2016 by Tender Loving Empire.