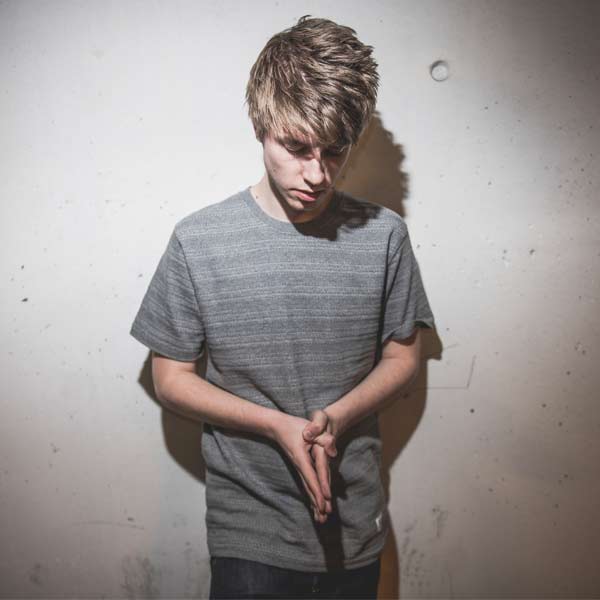 Who is Lido? It’s the question everyone in electronic music has been asking since a string of breathtaking, unofficial remixes under that name started appearing 12 months ago—‘Billboard’ by S-Type, ‘Ain’t No Sunshine’ by soul legend Bill Withers, and, controversially, ‘Latch’ by Disclosure, which was forcibly taken down after 24 hours and has since existed as an “urban legend” of sorts online. Everyone from Skrillex and Diplo to Ryan Hemsworth has been playing them. Who could it be? Where were they coming from? The answer: 21-year-old Norwegian producer Peder Losnegård.

In the summer of this year, he crowned his remix campaign with his first ‘proper’ release, the ‘I Love You’ EP. Praise was unanimous. It’s not hard to see the attraction. ‘I Love You Pt 2’ opens with rippling arpeggios before an arrhythmic beat slams in. It’s like Daft Punk crossed with Hudson Mowhawke. ‘Money’ folds some atomised vocal samples into the mix, while ‘Lost’ jags off in another direction with J-Dilla-esque timing. Peder’s dad is a gospel choir director: “I remember being about six years old and sitting on a drummer’s knee while my dad led the band and the drummer let me play along,” says Peder. “Gospel is still a huge part of my music.” You can certainly hear it in those epic chords. When Peder was ten, he met an American exchange student, who played him Kanye West and Eminem. “Kanye West’s first album, ‘The College Dropout’, is pretty influenced by gospel music as well, so it was the perfect introduction to hip hop for me,” says Peder.

The result: a forceful and involved love for hip hop and R&B was kindled— and soon after further fueled by an introduction to electronic music. It was one of Peder’s friends, Cashmere Cat, who turned him onto electronic music—the weirder end of hip hop, such as J Dilla, stuff from Ed Banger and cutting edge electronica from the likes of Rustie. Inspired, Peder start making his own music, fusing the baselines and rowdy sonics of Daft Punk with R&B and gospel harmonies.

To begin with it was just for fun. The first track he ever made was, confusingly, ‘I Love You Part 2’. The electro funk bass, blasting chords and twisted up vocals on ‘I Love You’ sound like two albums — ‘Cross’ by Justice and ‘Butter’ by Hudson Mowhawke — distilled down into a single song. It’s mind-blowing stuff. Amazingly, Peder didn’t think anything would come of it: he didn’t even plan to post it online at first. However, DJ Slow, head of the Pelican Fly label, heard some tracks via Cashmere Cat; he was blown away and signed Peder as soon as he could.

The string of remixes started because Peder wanted to hone his skills. “The remix of ‘Billboard’ by S-Type was important to me,” he explains. “That was when I realised what my style was. The Lido project started out as an experiment of combining , so it’s a combination of all the elements that I love: weird drum breaks because I’m a drummer; complex music, stabs and stops; gospel music, so there are going to be gospel chords; the power of electronic music like Rustie or Husdson Mowhawke. My music is those elements combined. ‘Billboard’ was when it first came together. That’s when I realised what my sound was.”

To say Lido has captured the imagination of dance music’s big names is as big as understatements come. Here are some of the Tweets, which speak volumes. “‘I Love You’ is the jam of all jams! Nice one.” Steve Aoki; “There’s a thousand remixes of Disclosure’s ‘Latch’ but [Lido’s] is flipping next level.” Oliver ‘Skream’ Jones; and then there’s Bauer, who just said, ‘Damn!’. Other high profile fans include Diplo, A-Trak and Ryan Hemsworth. It’s like Lido has been pre-ordained.

If Peder felt the pressure of those expectations, you’d never know it. Following his purple patch of re-jigs, he’s worked with Cashmere Cat, co-producing ‘Party Girls’ by Ludacris and Wiz Khalifa and Ariana Grande’s ‘Be My Baby’. Right now he’s working on the follow-up to the ‘I Love You’ EP. Plus he’s moving to Los Angeles because of his “love for Mexican food and sunshine.”

More than anything Lido is excited about what’s to come. “I’m still learning,” he says. “I’m just getting started.”