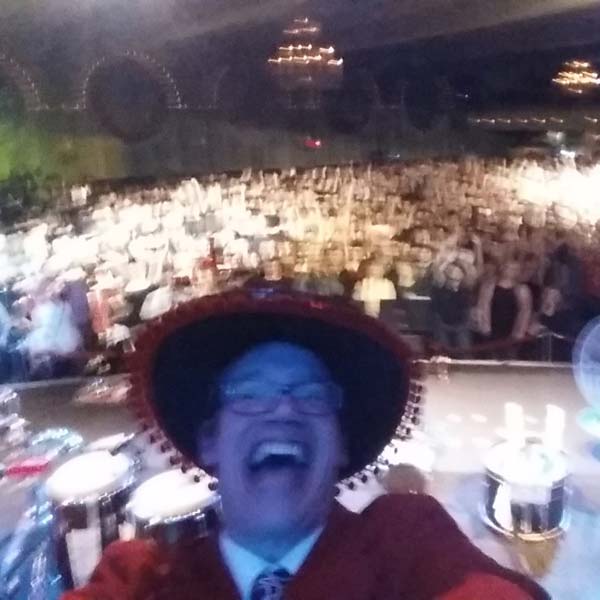 Portland, Oregon based trans-continental bass head DJ GlobalRuckus scours the four corners of the earth for the hot emerging global bass sounds that are percolating in their regional ethnic communities and boils them over to dance frenzies around the globe. Specializing in emerging urban sounds, in particular those mixed with traditional music styles, he creates a dancefloor ready pastiche from the four corners of our planet. Starting his DJ career at Burning Man in 1998 at the Pyramid camp, he found a following for his outside the box approach to DJing, offering up Balkan beats, funk, klezmer, bhangra, electro-swing, samba, and more as an escape from (insert playa pervasive music style of the year here). With the continued advancement of cross cultural bass music he started playing regularly outside of Burning Man and found himself homes on playa at the Hookah Dome, Dustfish, Tsunami Bass Experience and Bass Henge to name a few. In Portland, he works as a global bass ambassador, ensuring touring artists have solid gigs and a place to land, while also lending support as an opener for touring international bands and bass music producers like Balkan Beat Box, Caravan Palace, Beats Antique, March Fourth Marching Band, Vieux Farka Toure, Fanfare Ciocarlia, A Tribe Called Red, Omar Souleyman, Group Doueh, Afro Cuban All Stars, Bomba Estereo, Dunkelbunt, Soohan, Filastine and more. Taking his sounds on the road in 2011, he played on five continents, including gigs in Johannesburg, Sydney, Shanghai, Beijing, London, Holland, Brussels and Vienna. With the arrival of twins in 2013, he’s slowed down his appearances behind the decks, but still keeps his finger on the pulse of global bass and continues grows his track collection for that next stellar gig. He’s thrilled to return for his third year at What The Festival.