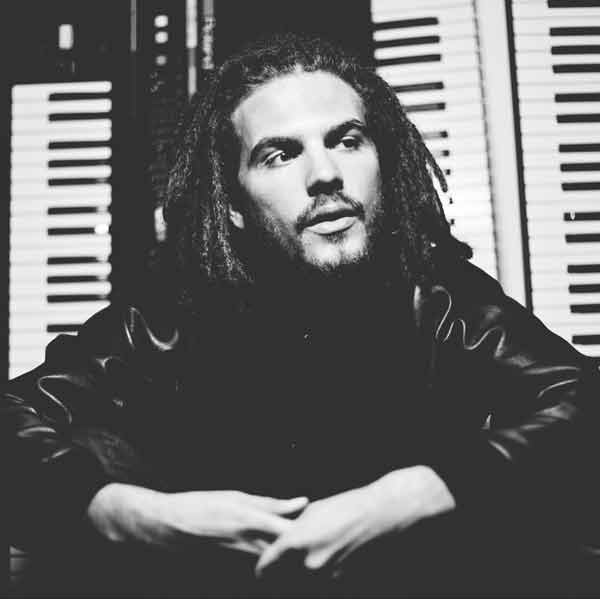 An accomplished artist and rising star of the Parisian electronic scene, FKJ, also known as French Kiwi Juice, is one of the flag bearers of the New French House musical genre. A native of Tours, but now based in Paris, FKJ is a leading talent and one of the most emblematic artists of the Roche Musique team that he joined in 2012 via his long- time friend Jean Janin, a.k.a. Cézaire, artist and founder of the successful Parisian record label.

Trained as a sound engineer for the cinema, while at the same time being a self-taught musician, French Kiwi Juice started with a first EP, ‘The Twins’, released by Roche Musique at the end of 2012. Then followed the single ‘Lying Together’, acclaimed by the blogosphere, and a second EP ‘Time For A Change’ (Roche Musique, July 2013), which was unanimously praised by music critics (Ofive, Trax Mag, The Sound You Need, Earmilk, Indie Shuffle…). Thanks to millions of plays and views on different media, songs such as ‘So Much To Me’ or ‘Instant Need’ have already become classics of the French house genre.

With incredibly groovy loops, classy hip-hop rhythms, gloriously funky basslines and richly colorful synth sounds, FKJ’s music stands up to comparison with the masters of the genre. Now established as one of the major artists of the French musical scene, French Kiwi Juice’s stage reputation has soared thanks to his inspiring and original DJ Sets, but above all thanks to the driving rhythms and and dazzling improvisation that characterise his Live Sets. Apart from the quality of his musical selection when DJing, FKJ, known as Vincent Fenton to his friends, is also an eternal source of pure creativity. This young man, just 24 years old, is a multi-instrumentalist who is permanently in search of the perfect chord.

The artist, who has signed with the leading Parisian booking agency ‘Uni-T’ enjoys an international audience. He returned from an Asian Tour in May 2014, and has often performed alongside successful artists whose auras go far beyond European borders.

His eagerly awaited latest EP ‘Take Off’ (Roche Musique) came out on July 21st 2014 and will no doubt make the artist one of the revelations of the year.