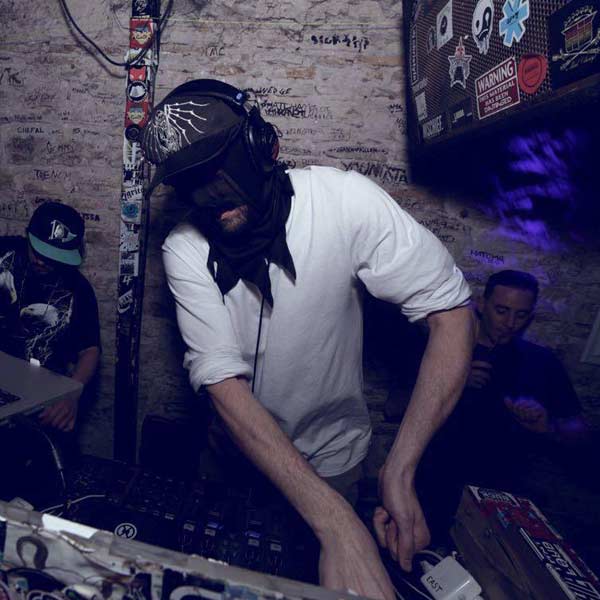 EASTGHOST is a masked, hybrid-club music producer hailing originally from the Appalachian region of Virginia and current resident of Portland, Oregon. “The EASTGHOST Sound” is equally ethereal as it is heavy. It’s distinctly characterized by hypnotic sampling paired with jarring, percussive breakdowns and startling modulation. The artist brings a sense of intimate vulnerability that flows in any environment from the bedroom to the nightclub.
He is a leading label mate of the alternative-electronic media outlet known as STYLSS and has contributed numerous collaborative works among the underground electronic community including, most notably, the WeDidIt Imprint Series. Other collaborations include tracks with Modern Filth, UV Boi, Mark Redito (FKA Spazzkid) and Olu.
“A remarkable display of experimental arrangement and truly testing boundaries of electronic music. Unimaginable in all of the right ways and completely blasts you out of any previously held pretense.” -NestHQ on EASTGHOST’s, “Omniscient, They”