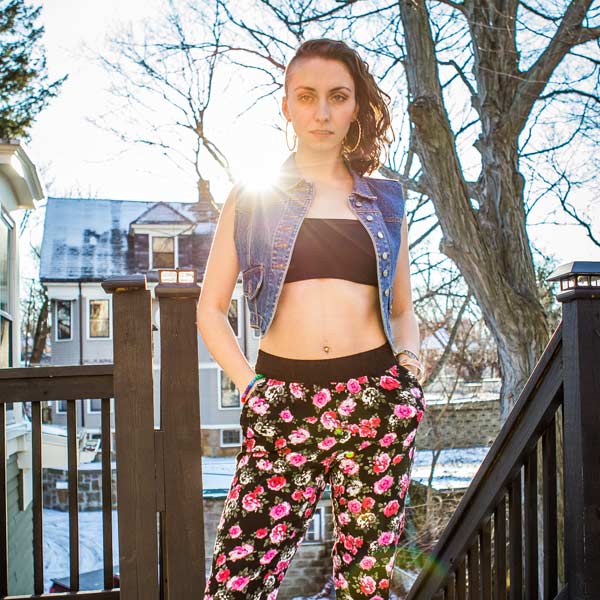 My name is Sylvia “Silly Syl” Parol, and I’m a Boston-bred, Bay Area based DJ. Although I’ve only been DJing for about two years, music has always been a part of my life. Growing up, my tastes have been all over the map; I’ve been a fan of everything from 90’s bubblegum pop, Warped Tour inspired rock, 70’s-era British punk, indie summertime jam-bands, and new school hip-hop. I’ve even got a soft spot for the solid gold oldies of the 60’s. I have my mom to thank for that.
Over the past few years, I’ve been fascinated with the electronic dance music community, specially in ambient, progressive, future, and trap. I have taken a liking to MCs and hip-hop artists who collaborate with electronic music producers.
I began DJing on my college campus in 2014. After I graduated, I began a residency at a bar in downtown Boston under my affiliation with DJs of Boston. I decided to move to the Bay Area in November 2015 to continue DJing. I’ve spun at QBar for Hella Saucey Tuesdays in the Castro district of San Francisco as well as the Cotton Pony queer dance party for women at Neck of the Woods.