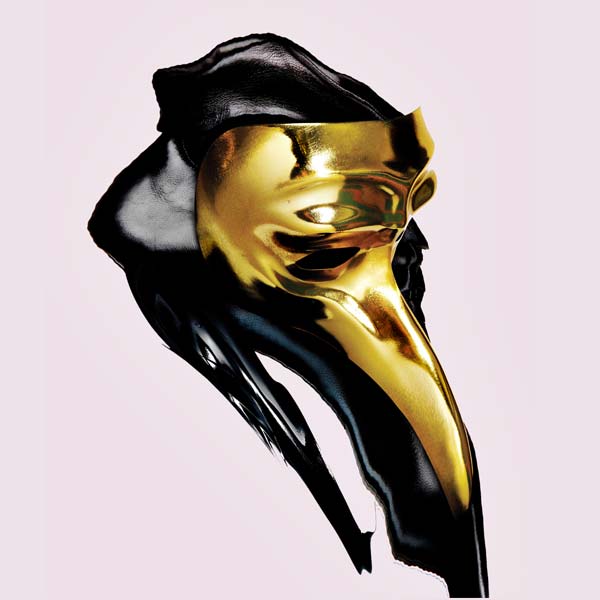 If you don’t know Claptone yet, then you are not alone. Even though many people have heard of him, no-one truly knows who or what he is. The only certainty however, is the captivating music he makes. It never fails to bind those who hear it under his spell. And from then the mysterious being becomes even more intriguing. He has never openly courted people’s attention – or even shown them his face – but what he has done is offer up some of the most compelling club sounds of recent years. They have come in original and remix format, and each and every time he serves up one of his missives, people fall ever deeper in love.

Claptone’s greatest spell yet is his forthcoming full-length album. Charmer is something inspired not by a current hit formula or a token trend. Instead it is informed by the eons of music that he has soaked up during his travels, wandering through the ages. It comes not as a quest for fame, but as a way of expressing emotions, of touching people on a deeper level. It aims to evoke something in those people without dictating what that should be. “Laughing can be very close to crying,” says Claptone. “…and crying can be very close to laughing. Songs can be melancholic and beautiful whilst still making you smile.”

Even more, Charmer is driven by an insatiable musical desire; a passion that has compelled him to collaborate with songwriters Jimi Tenor, Peter, Bjorn and John, Nathan Nicholson (The Boxer Rebellion) and Jay-Jay Johanson amongst others. Together, their spirits add up to a most full, absorbing and engaging album that adds another layer of intrigue to the Claptone story.

Of course, Charmer is still relevant in the club too, because that is where Claptone’s spirit was first unlocked many moons ago. A steady pulse of house underlies everything on it, and so the album serves as living proof of how music that makes you dance can also go further, no matter how big the crowd or wherever the setting is. This has always been his aim, both when cooking up tracks but also when conjuring up his Claptone Immortal live shows at places like SW4, Melt festival, Ultra Music Festival and many other key gatherings. The results manage to captivate and confound, to touch and amaze audiences in equal measure.

Yet really still nobody knows Claptone. “Am I a bird or a human being? I can’t say, but I can say this: I am a sonic being. Like most spirits I am part of the earth and nature itself. As a sonic being I feed on the vibrations that surround me, the noise that is wind, waves, animals. These inspire me to create music.” What we do know then is that he is a masked, philosophical figure who bridges the gap between form, fun and function, drawing upon on musical influences that “reach back in time.” Claptone has “an attitude and open-mindedness towards music” that means his ears are always open “to all the noises that you can hear on our planet.” It is this openness that helps him infuse his tracks with a strange ambiance, strong emotions and an ever-evolving sense of narrative.

Part of the reason we still know so little about Claptone is that he cherishes the value of mystery and intrigue and loves to keep people guessing. “I love secrets. Secrets are part of all our lives. As much as we want to find out information, some questions need to stay unanswered, some pages need to be left blank and some experiences cannot be communicated. But allow me to give you a piece of advice; let those secrets thrill you, allow them to fascinate you and enjoy the excitement they create within you, but accept them as what they are: secrets.”

In this world in which we live, Claptone is a rare being: he is not bound by genre or scene. He does not care for the cult of celebrity, but instead values his privacy and keeps his cards close to his chest. Even aside from the mask, the several hundred years of wandering and the refusal to “answer dumb questions – or even clever questions”, Claptone and his musical statement Charmer can stand on their own. They don’t need explaining, they just need to be heard, and when they are, everything seems to make sense.