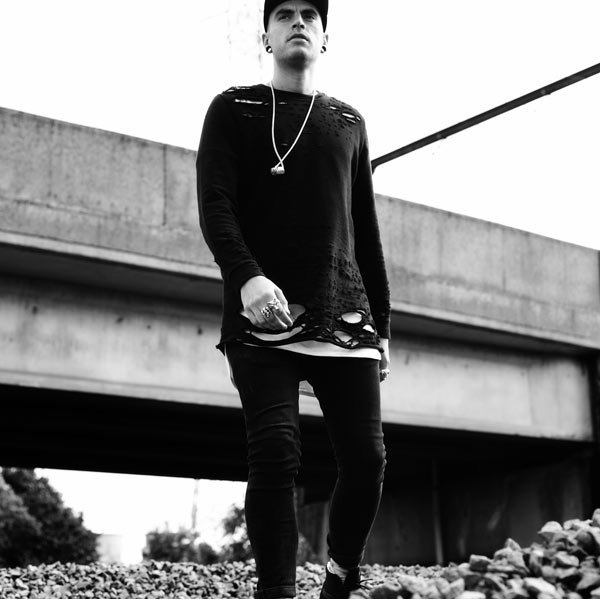 Belgian born Alix Depauw is the face behind production moniker Alix Perez, now regarded as one of the most ground- breaking and innovative producer/DJ’s of his time. Alix released his debut album “1984” to critical acclaim via the much revered imprint Shogun Audio in 2009. Since then he has risen to a constant high, and has collaborated with the foremost names in dance and electronic music such as Noisia, Foreign Beggars, dBridge, EPROM, Peven Everett and many more.

In 2013, along with his highly acclaimed and shortlisted BBC Radio 1 Essential Mix, Alix released his much anticipated sophomore LP “Chroma X Chords”. The album saw the ever-evolving artist achieving his singular vision of breaking down genre barriers. The reception of the album surpassed all expectations, and redefined peoples’ perception of Alix as a producer again.

In April 2014, Alix released his “U” EP, featuring two collaborations with the late, great

DJ Rashad and partner Spinn on the highly esteemed Exit Records, whilst also producing Foreign Beggars’ and They Call Me Raptor’s EP’s via Par Excellence.

Early 2015 saw Alix releasing his Bandcamp exclusive “Surplus One” EP. This is another forward thinking collection of music which pushes the boundaries of the genre further, and solidified his reputation as an experimental and highly progressive artist.

2015 is set to be a big year for Alix with an Exit Records EP set for late 2015, and an as yet unannounced collaborative record set for summer release. With a constantly increasing arsenal of new music, Alix is staying two steps ahead.