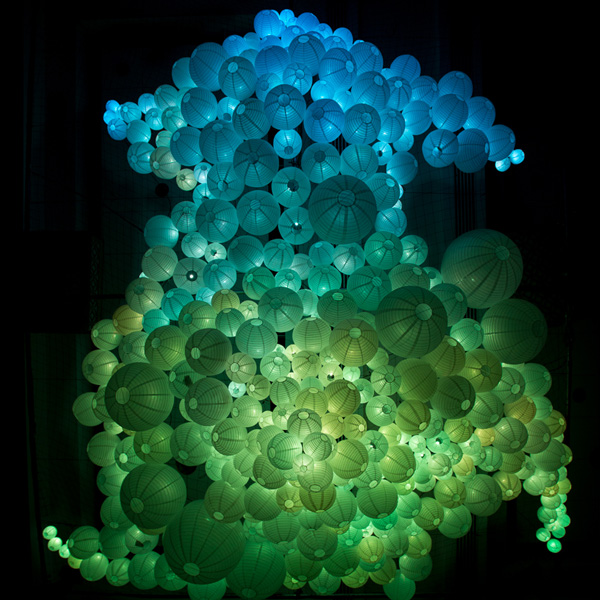 Touffe is a project integrating light based art and site specific placement. Its creative genius is that it can take on many forms, never appearing the same twice. It’s constructed from paper lanterns, each containing an individually controllable waterproof high output RGB LED pixel secured onto substructure. Directing the cluster is a computer based control system feeding programmed patterns into the piece with a sound reactive component for more immersive effects.

Jason Predock is a San Francisco based lighting designer creating large scale light based installations since 2012. He has worked as a professional lighting designer/gaffer in film and television for 20 years on projects ranging from locations to stage rigs, TV shows to music videos. These skills translate directly into art installations from creative decision making to complex rigging.