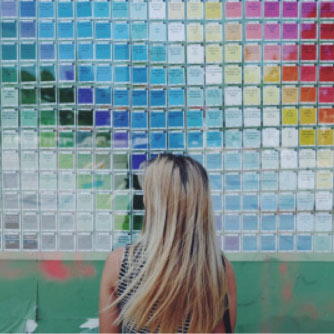 The Unsent Project is a collection of unsent text messages to first loves. Users from all over the world submit texts under the prompt “State your first love’s name and type what you would say if you sent them a text message. Also include the color that you think of when you think of your first love”. The submissions are used in collages which are visual representations of the diversity and unmistakable similarities between submitters’ feelings toward their first loves.

Rora Blue is a 20 year old artist based out of California. She works primarily in conceptual and interactive art. Rora is best known for The Unsent Project; A collection of unsent text messages to first loves. She has received over 27,000 submissions to the project and has been featured on news outlets such as Good Morning America.