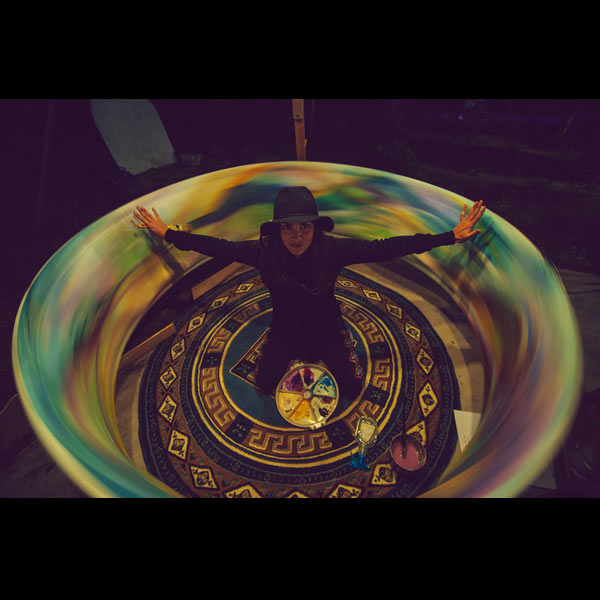 A 360’ all immersive live painting art installation that allows you to step inside the canvas as it swirls you in colors and light.

Sienna is a painter, graphic designer and event producer living in Seattle, Washington. After years of color and flow in many mediums, she now finds herself exploring the space between art and interactivity as the creator of the panoramic painting.

When she’s not in her studio behind her paints or computer, you may find Sienna partaking in the ever shifting seasonal excursions in the north west underground nightlife, festivals and celebrations of art and culture in and around Seattle. Co-Owner at Starborne Show, Co-Producer of Cascadia NW Arts and Music Festival and Curator and Gallerist at Artifact Art Gallery.

The Creator of ‘CarArt’, ‘A Thing on a String’ and now ‘Pano Painting’ she’s here to amuse, be amused, ground out and buzz to endless delights the whimsical world of NOW!