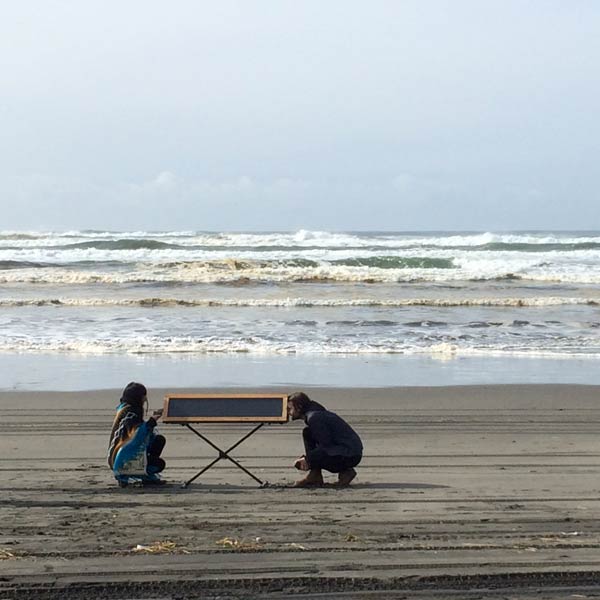 Using the basic structure of a kaleidoscope and then blowing it up to a larger than usual scale, the goal is to create a fun and interesting visual portal that allows two people to be at either end and freely communicate. For What The Festival, two of these open ended kaleidoscopes are positioned throughout the festival grounds and a bit of a surprise when found by event goers. At times, the kaleidoscopes can be pointed at various colorful things to expand on the meditative possibilities that they so easily provide.

William Rihel makes objects to explore the notion of reality and what relevance it has to the instances and patterns that is often referred to as life. Through the process of making, he discovers connections between space, light and the objects that exist amongst both. His work is often sculptural and is aimed at being accessible to as many walks of life as possible. He loves space. Outer space, inner space, mental space. Currently living in Portland, Oregon, Rihel has exhibited locally as well as in New York, San Francisco, Stockholm, Winnipeg and plans to one day make and install artwork beyond the earth’s gravitational pull.