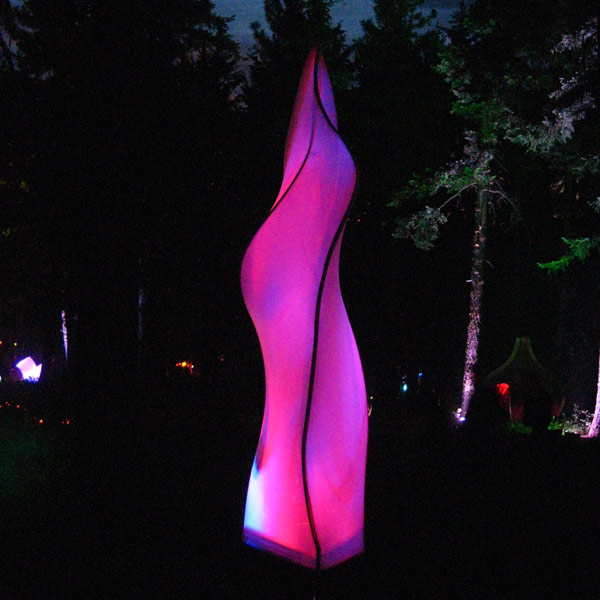 We are drawn to flame and find affinity. These dual flames act as a gateway or beacon for passage, holding an allusion of fire’s nature. Standing twelve and thirteen feet respectively, each emulate a different form of single flames. Colors shift, like the breathing of fire, with a palette that can change every night.

After working in every capacity of entertainment lighting, Jean Margaret settled on building unique light-based sculptures. Influenced by forms in nature and informed by witnessing the affects lighting has on people, she creates original fixtures that engages elements of both. Originally from the midwest, Jean Margaret moved to Portland, Oregon in 1997.