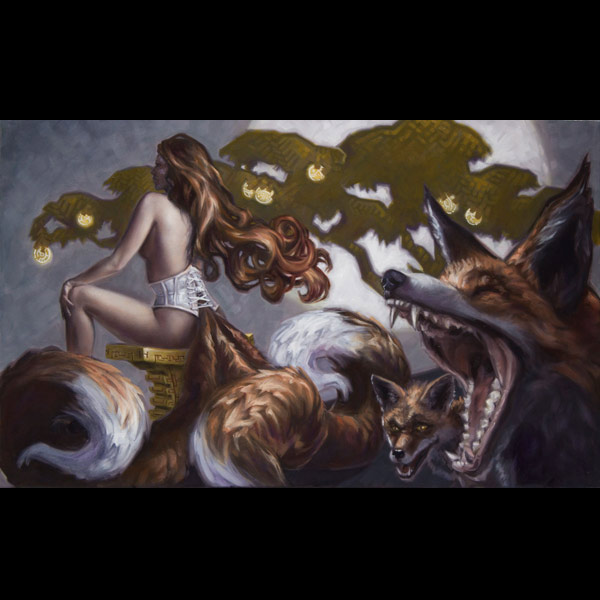 Recent Works by Dan Cohen explores the concept of Liminality: the quality of ambiguity or mystery that occurs in the middle stage of rituals. During the liminal period, conventional limits to thought, self-understanding, and behavior are undone. This creates a fluid, malleable context from which great changes and fresh perspectives emerge. His work is talismanic, insofar as it is intended to convey large amounts of information within a relatively limited semiotic web. The work deals with such themes as Humanity’s search for meaning, for the end of suffering, and the evolution of Consciousness.

Dan Cohen is an is a classically trained painter, sculptor, muralist, writer, and philosopher. His influences include world mythologies, occult sciences, and alternative states of consciousness. His signature elements–beautifully rendered forms, archetypal symbolism, occultech designs, meticulously crafted panels and constructs–bridge the past and the future, magic and technology. He currently lives and works in the Pacific Northwest, Los Angeles, and New York City.