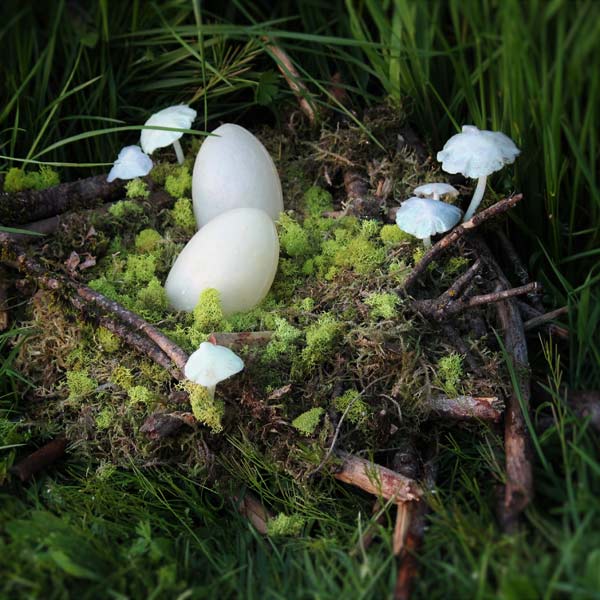 The strangest thing happened at What The Festival this year! Deep inside The Illuminated Forest, attendees reported seeing glowing tracks along the trail that led them to even stranger nests in dark, misty recesses on the forest floor. These “creature clutches” appear to be Jurassic nests incubating several glowing eggs much too large to hatch anything from this realm. They were found inside large craters of glittery dirt surrounded by glowing, bio-luminescent clusters of assorted mushrooms and beds of wet, springy moss. Their strong, resilient glow lured viewers in closer to investigate. They were found this way tucked and hidden away from plain sight, as if intended for only the most curious or daring explorers of the forest. Attendees recalled feeling somehow transported into a temporal, prehistoric environment where anything was possible inside this crazy forest during this magical weekend. But, most importantly, are they dormant, or….is the mother close by?