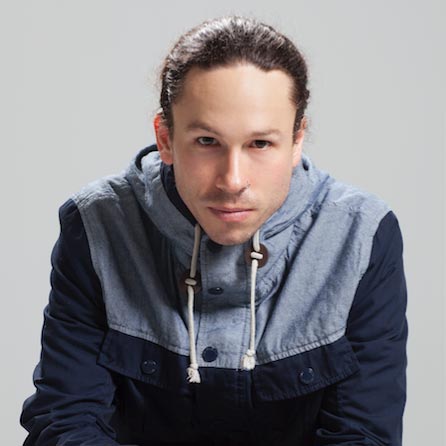 First half will be teaching the robotic influences in popping as well as the animation style. The second half will go over waving and the fluid aspects like gliding and footwork. For this segment, we’ll be moving to the sounds of the Desert Dwellers and/or Kirtan music, since this movement can tend to evoke a certain sense of patient, calm emotions.

Todd “PopNTod” Breithaupt has been regarded as one of Southern California’s innovators in popping, specializing in styles such as waving, robot, bopping, dimestopping, and animation. He has spent much of his time since 1997 cultivating his craft mainly through self-practice and with the help of the knowledge he has received personally from many of L.A.’s legends. Yet it was through spending innumerable hours street performing on Hollywood Blvd. or in Portland, Oregon, that PopNTod was able to develop world-class mastery with the robotic styles and attain “incredible upper body isolation” as So You Think You Can Dance judge, Mary Murphy, once described. He has performed for and shared the stage with countless artists and groups such as Jabbawockeez, E-40, Ludacris, Common, etc. and even worked with Carnival Cruise Lines as a permanent hired performer.
He has appeared in a number of commercials and other media including Chris Brown’s music video, “I Can Transform Ya” where the dedicated popper and Chris Brown perform side-by-side to some of Todd’s own mechanical choreography. Realizing that dancing is a gift to share, he has even played a large part in mentoring and influencing some of the world’s up and coming dancers including Dumbo of Poreotics, winning team of America’s Best Dance Crew 2009. He currently resides in Brooklyn pursuing his latest endeavor, dancing with Team iLuminate (3rd place finalists in America’s Got Talent season 6) in the off-Broadway success, Artist of Light.